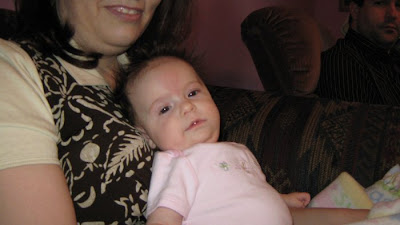 A lot has happened in the past 3 months, but I've not really felt the "inspiration" to write about it. Here's a quick recap:

On the gaming front, I'm doing EVE still and playing just enough to get enough ISK to buy game time, so it's effectively free for me anymore. I re-subbed to EQ2 when the expansion came out, but no longer on the "Station Pass" -- just a regular sub this time. I've been focusing on my shadowknight and trying to work up her AA points. Got her up to 150 now (from 132) with 90% of my xp going to AA on the slider. I've gotten about 60% of a level also, so theoretically I'd be level 86 now if I hadn't been working so hard on the AA's. I've actually not set foot in the new zones at all yet, but am working on finishing all the old quests from RoK and TSO that I never did. The TSO quests are something of a pain with a lot of running around, but I can't say I really expected any differently.

I'm playing DDO under its "free model" also. There's another blogger out there who's organized a "static group" that I've joined up with and we're gonna see how far we can go with it. I've also checked out Allod's Online - a new F2P title - and while I think it's ok, it's nothing special either. It's free, so I've not uninstalled it and may log in from time to time when I'm not doing anything else, but I doubt I'll ever really do much with it.

And you can't tell, but Gwen's had her diaper changed, been fed, and is fighting not to fall asleep now so I'm gonna go focus on her until she is napping.
Posted by Magson at 12:19 PM

Yes, blogs are definitely like journals. Thanks for the update!

P.S. My ward clerk talked to me yesterday about the paperwork for Gwen's blessing. He said the easiest thing is for you to fill it out with your ward clerk, who can contact my ward clerk for any final details. Our ward is Bull River 3rd, Lehi West Stake.

Sounds like a rollercoaster of a last few months! Sorry to hear about your job but grats on your new baby. She's beautiful!