We took Gwen to the zoo last week and she wouldn't stay still long enough to get many pictures, but here are the few I managed to get:

Gwen on a bench that could be anywhere -- 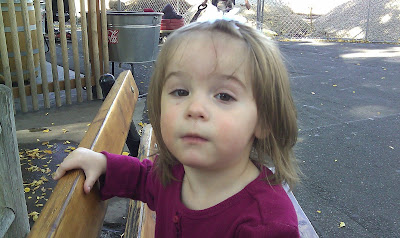 Gwen in front of a some cavy -- 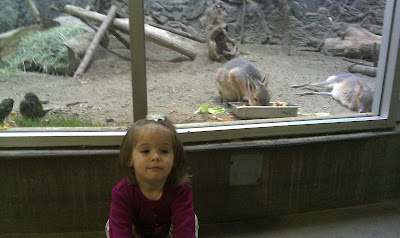 Teri and Gwen with the gorilla statue. There was a gorilla right by the window of its pen, but Gwen wouldn't turn away from it to look at the camera, so I didn't get a picture of her with the actual animal. 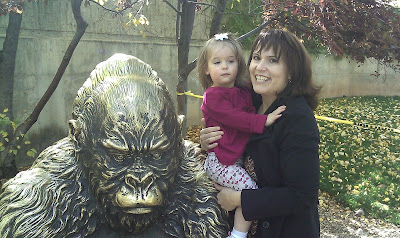 This week we took her to the North American Museum of Ancient Life (colloquially known as The Dinosaur Museum at Thanksgiving Point). She only held still when she found a computer to sit in front of and pretend she was playing on it, so here are those 2 pics: 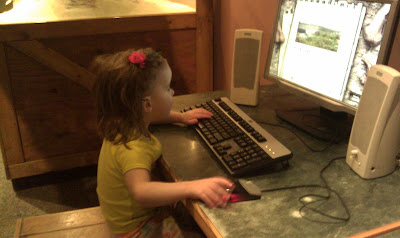 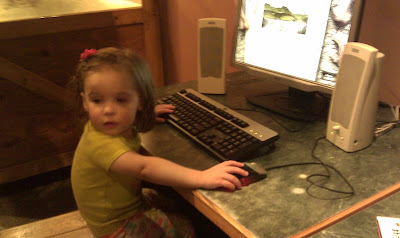 Since she wouldn't stop moving, I took some videos of her instead. The longer ones at the sand/water table might be a little boring, so I'm not offended if you don't watch them all the way through.... or if you don't watch any of these at all, really. Sorry for the low resolution. I forgot to bring our actual camera, so this was my cellphone subbing in.

We totally would have met you at the Dinosaur Museum! Maybe next time?

Ya know, on the way down I even said to Teri that we should call you, but then we just didn't do it. Yes, next time for sure!